Before we begin our global travels to find the sources of the May birthstone, it helps to know that emerald is a bluish-green to green variety of the mineral beryl, which ranks 7 ½ to 8 on the Mohs Scale. Traces of the elements chromium or vanadium give rise to emerald’s enviable color. It takes a specific geological environment to produce emerald: the elements beryllium, aluminum, silicon, oxygen and one or more trace elements – chromium or vanadium – must be present. This rare combination is found only in a few places on Earth.

So now that you know a little about the gem, are you ready to discover where emeralds come from? 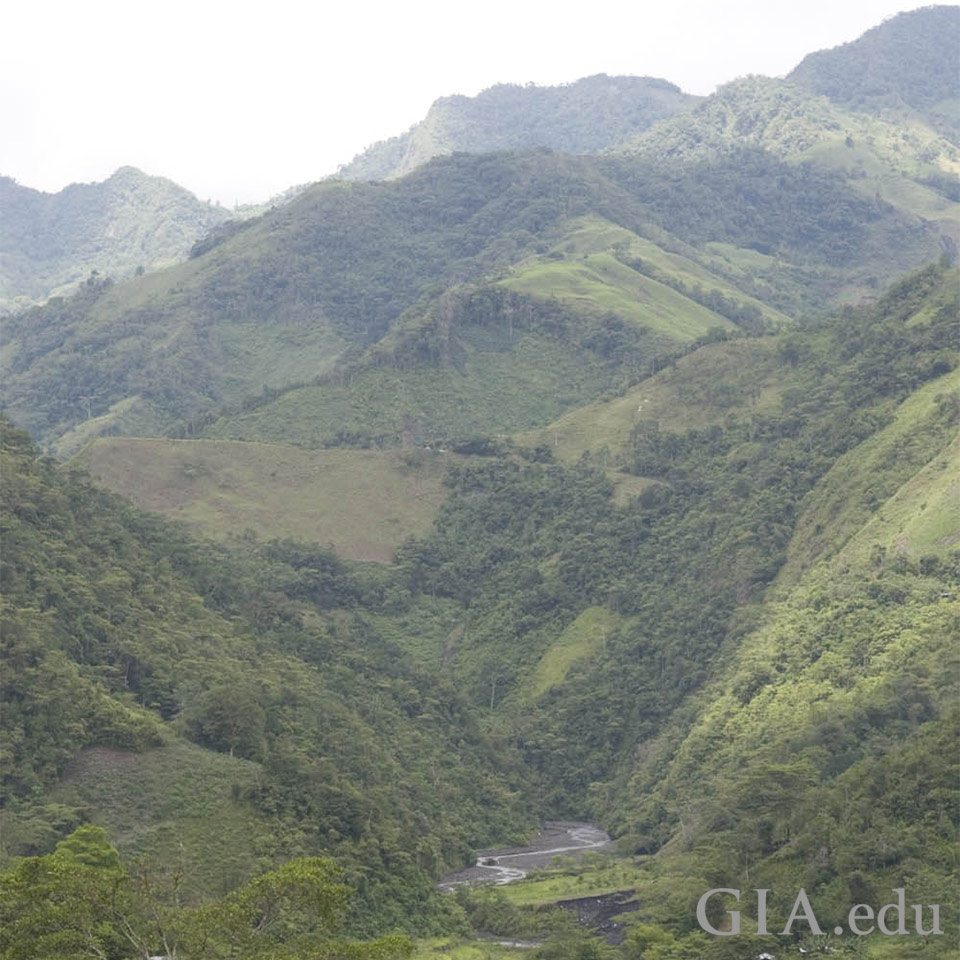 Colombia has been the source of the finest emeralds for more than 500 years – long before the gem was designated the May birthstone. The rich greens of Colombian emeralds are the standard by which all others are measured.

Muzo, Chivor, and Coscuez are three of the most important sites in Colombia for emeralds. Each locality is famed for producing emeralds of different hues. Muzo is known for its darker tones of pure green emeralds. Chivor is noted for emeralds that are lighter in tone and slightly bluish green. Coscuez produces slightly yellowish green emeralds. These classic mines remain historically significant, and continue to produce fine gems. The color of rough found in newer mines is often compared to colors from these principal localities.

The setting of these emerald mines is as stunning as the gems. Craggy mountains carpeted in green surge up from lush valleys. Rivers slice their way through a fantastically rugged landscape. Wisps of pristine white clouds often hang over the jungle setting. And out of this breathtaking panorama, miners find rough that is coveted around the world.Colombia has produced a number of famous May birthstones. The 75.47 carat (ct) Hooker Emerald was once the property of Abdul Hamid II, Sultan of the Ottoman Empire (1876-1909). It eventually made its way to Mrs. Janet Annenberg Hooker and is now displayed at the Smithsonian Institution.Emerald crystals are also prized, mainly for their size, color and symmetry. The American Museum of Natural History, the Smithsonian Institution, and the Natural History Museum of Los Angeles are just a few prestigious institutions that showcase emerald crystals. 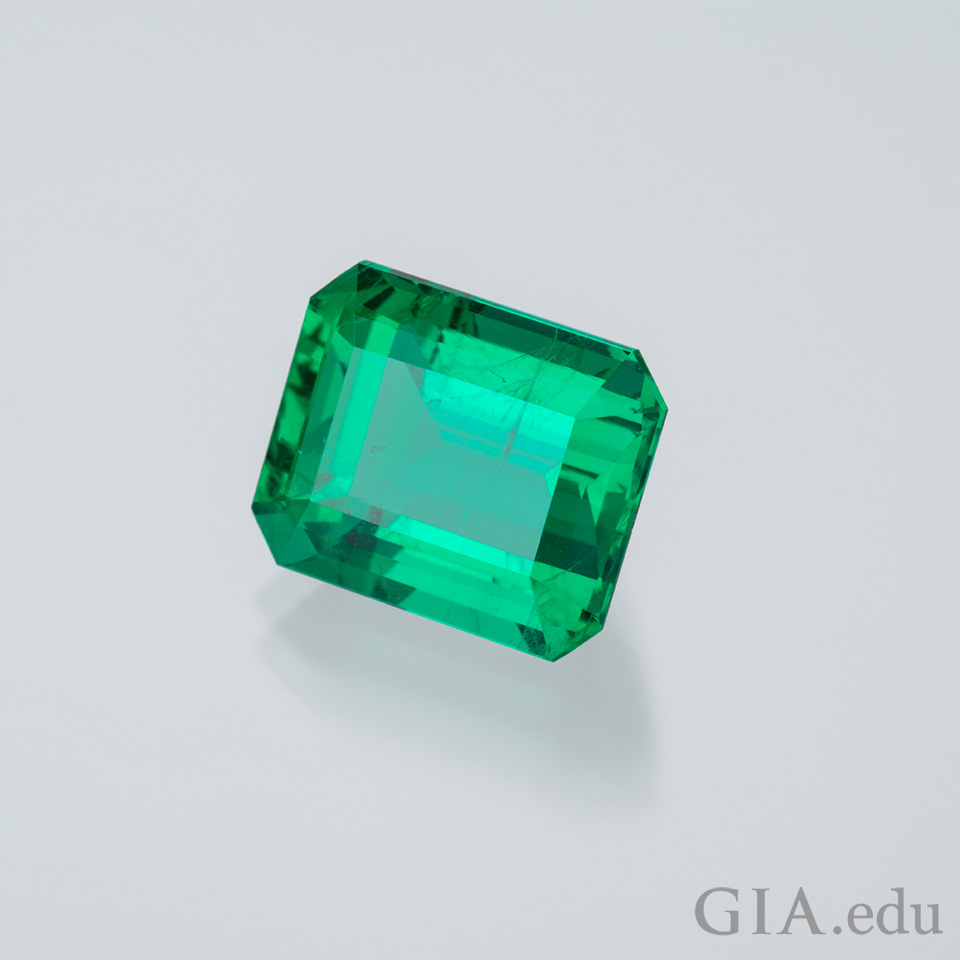 Emeralds from BrazilIf you’re hunting for emeralds, Brazil is also a good place to search. Emeralds were only found there in the last sixty years. Now the May birthstone is one of Brazil’s most important gem exports. Minas Gerais, where many emeralds are found, is a landlocked state of changing scenery. Savannahs broken by occasional forests sprawl in the west. Rocky hills and sparse vegetation make up the central and eastern parts. Lush forests and gentle hills are the welcoming landscape of the south.

The Belmont Mine located there is one of the most productive sites for the May birthstone. Capoeirana, in Minas Gerais, is another important locality. Independent miners and workers employed by small businesses dig deep into the earth to find high-quality emeralds. With the ebb and flow of production from Colombia, the classic source, Brazil now offers the world a more consistent supply of the green gemstone.

Emeralds from ZambiaThe May birthstone can also be found in Africa. Zambia has become one of the most important sources of emeralds in the past few decades. While emeralds were discovered there in 1931, commercial mining didn’t begin until 1967. Mines in the Ndola Rural Restricted Area produce emeralds that are darker in tone and bluish green. 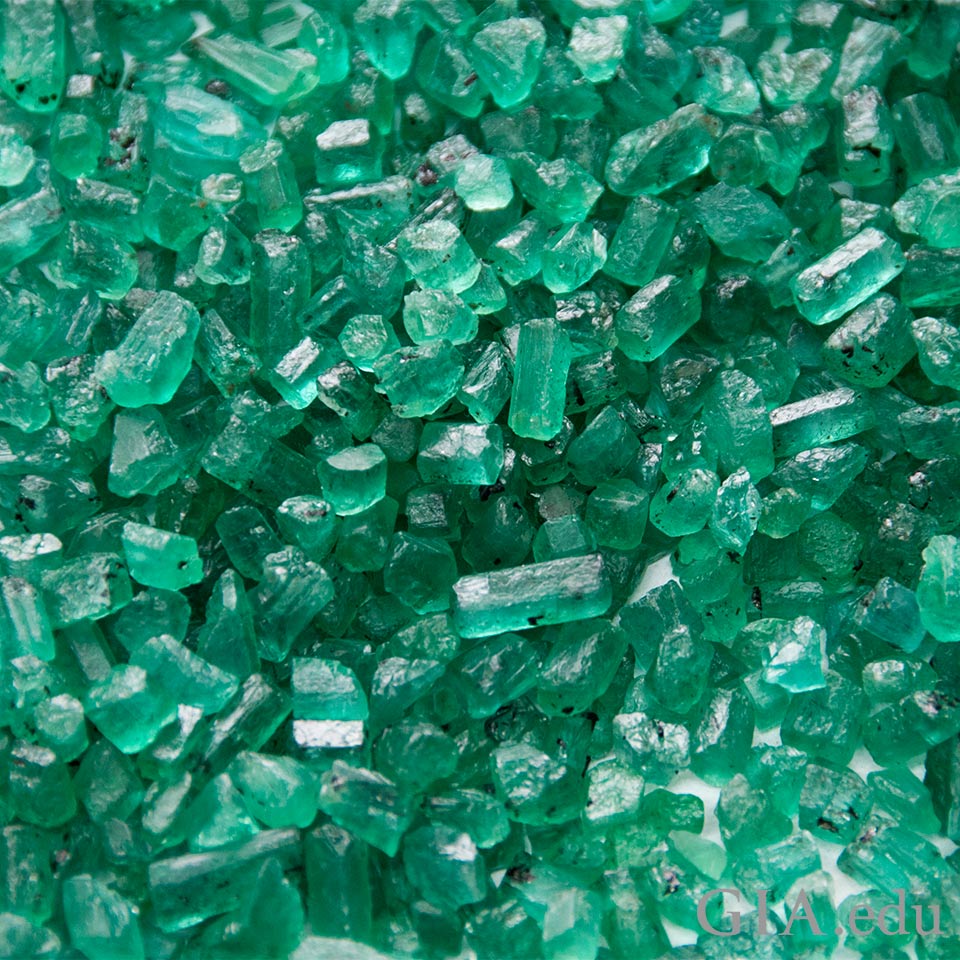 Because the Ndola Rural Restricted Area is off limits to those who do not have specific business with the mines, traveling to the source is not recommended. Travel in the region is also challenging. A paved road quickly turns into a rough gravel one, and then a dirt track. The landscape is hilly and hosts thick vegetation. Streams containing crocodiles meander across the plains. Resident crocodiles have found lodging at many of the mine sites. The rough material produced in Zambia is sold to gem dealers and wholesalers through an auction process. The emeralds are then cut and polished and sold on to retailers and designers around the world.

Emeralds from AfghanistanThe Panjshir Valley is the site of most emerald mining activity in Afghanistan – a rocky place split by the Panjshir River and checkered with patches of bright green agricultural land. Stark mountains and fertile valleys make for a territory of breathtaking contrasts, and out of this dramatic landscape, emeralds are found. High on the barren mountainsides, the emerald deposits demand that miners scramble up and down the steep slopes in search of the green gem. What they unearth can rival the finest emeralds in the world. 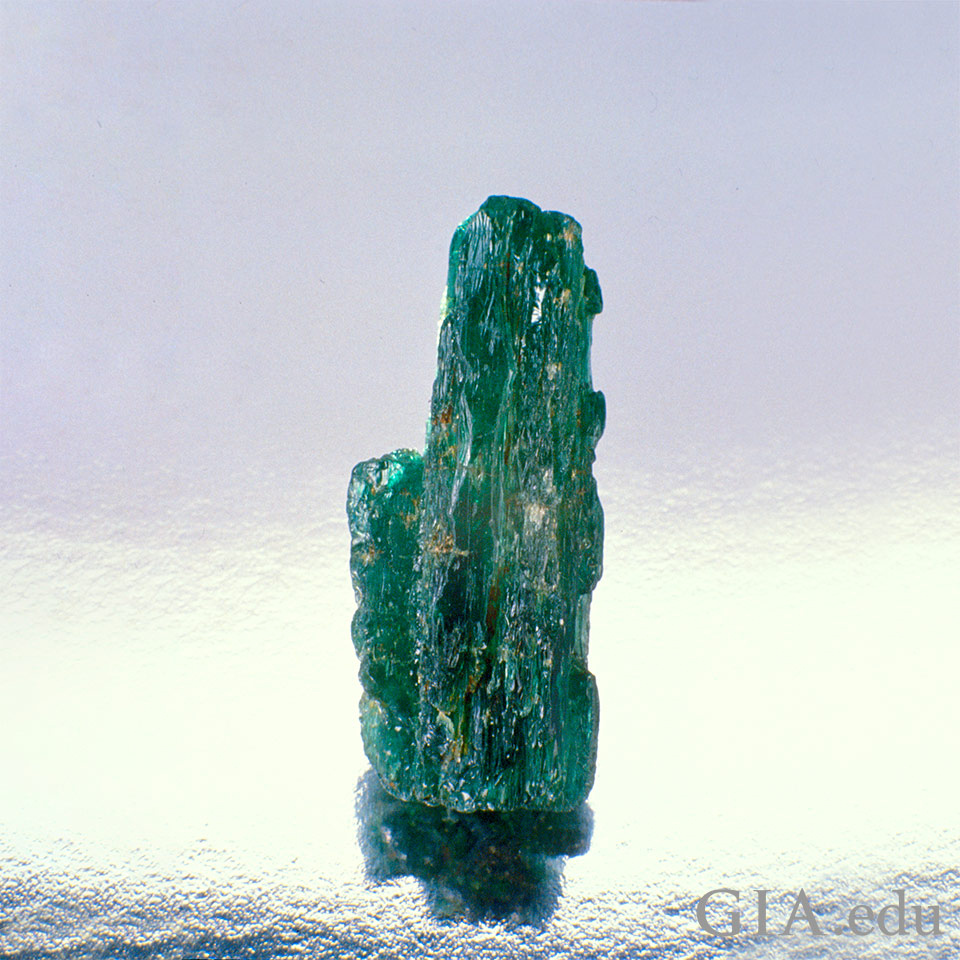 Our love for the May birthstone goes back millennia. Cleopatra had a passion for emeralds, as did European and Asian royalty a thousand years later. So prized were emeralds that the Incas used them as offerings to the gods. They helped bolster the economy of the Spanish Empire in the 17th century. And emeralds inspired a centuries-long underwater search for sunken galleons laden with the gem.Given the rich green hues of emerald, it was inevitable that we would fall under its spell. And productive mines around the world ensure that all who love green or are born in May will continue to be enchanted.

What are you looking for?